Death of democracy? It could happen he 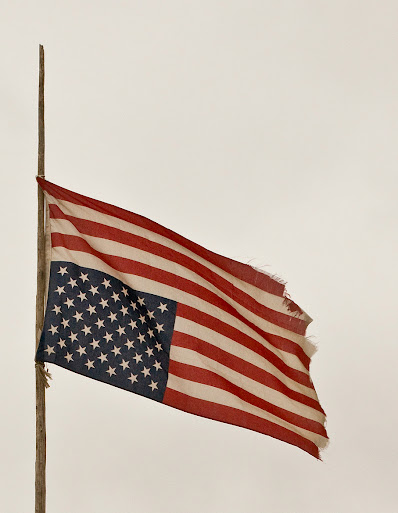 The following opinion appeared in the Milwaukee Journal Sentinel, July 29, 2020, and was also distributed via the Common Dreams news network.

On Sept. 11, 1973, I was living in a shantytown on the outskirts of Santiago, Chile. That morning, one of my roommates, a Chilean journalist, unexpectedly returned home. “The military just bombed my radio station,” she said. “There’s a military coup.”

What we had feared, yet hoped would never happen, was now reality. TheChilean military, backed by the U.S. government and led by Gen. Augusto Pinochet, had overthrown the democratically elected, socialist government of Salvador Allende.

Independent and progressive media were shut down; the media that remained were subject to military censorship. A curfew was in effect, enforced by military troops, and night-time gunshots were common. Flickers of hope in the beginning days — that there would be a countercoup, or the international community might step in — soon faded away.

In the coming months, the government and its paramilitary enforcerskilled or “disappeared” thousands of people. It would be 17 years before Pinochet’s dictatorship ended.

The people, united, are sometimes defeated

I and two friends had traveled to Chile in the spring of 1973 to learn more of an experiment that had garnered world attention. For the first time in Latin America, Marxist socialism would arrive via the ballot box.

We were astounded by the vibrant political discussions in Chile, and Santiago alone had 10 daily newspapers. Millions of people marched in the streets to support Allende and we enthusiastically joined the demonstrations. “The people, united, will never be defeated,” we chanted.

Throughout the summer of 1973 there were warning signs that corporate powerbrokers in Chile and abroad wanted to end this experiment in socialism. Argentina, Brazil, Bolivia and so much of Latin America had borne the brunt of military coups but, the argument went, Chile was different. Chile had a long history of democracy and political stability, and the military could never go against the constitution. “It won’t happen here,” was a common refrain. We wanted so desperately to believe that we mistook our beliefs for reality.

Echoes of Chile in Portland

Although the events in Chile profoundly influenced my life, over time they receded in my consciousness. Until the recent events in Portland. The videos of unidentified paramilitary forces kidnapping citizens into unmarked vans were like a punch to the gut, and images of the coup in Chile flashed in my mind. House Speaker Nancy Pelosi, hardly an antifa activist, called these federal agents what they were: “storm troopers.”

Do I think there will be a military coup in the United States? No. But there is more than one way to stifle democracy, from demonizing the media to mocking the rule of law, pardoning political cronies, defunding public institutions, suppressing the vote, tear-gassing peaceful protesters, packing the courts with like-minded ideologues and eroding the separation of church and state. As authoritarian leaders around the world have shown, from Jair Bolsonaro in Brazil to Recep Tayyip Erdogan in Turkey, if democratic institutions are sufficiently weakened, authoritarianism easily co-exists with nominal democracy.

Given the widespread condemnation of the federal offensive in Portland, Trump has pulled back — sort of — and there are promises to end the kidnappings and use of unmarked vans. At the same time, Trump is expanding his offensive and sending federal forces to at least five cities, including Milwaukee.

There is a new name to the initiative, Operation Legend rather than Portland’s Operation Diligent Valor, and the federal forces will be focused on violent crime rather than protecting federal property. But can we be certain that once in a city, these federal law enforcement personnel will obey the niceties of law? They certainly didn’t in Portland.

More disturbing, all it takes is an executive order by Trump to completely up-end any existing understandings. The Department of Homeland Security forces in Portland, for instance, were not there as a matter of routine protocol. They were specifically sent after a Trump executive order in late June.

Who knows what other executive orders Trump has in mind?

In a July 24 opinion in the New York Times, former senator and presidential candidate Gary Hart notes there are at least 100 documents “authorizing extraordinary presidential powers in the case of a national emergency, virtually dictatorial powers without congressional or judicial checks and balances.”

Little is known about these secret powers; they are classified and approved by the National Security Council, not Congress. But, Hart writes, “we believe they may include suspension of habeas corpus, surveillance, home intrusion, arrest without a judicial warrant, collective if not mass arrests and more; some could violate constitutional protections.”

Trump obliquely referred to these powers last March when he said, “I have the right to do a lot of things that people don’t even know about.” At the time it seemed just another of Trump’s many boasts.

What will November bring?

Looming over these developments are the November elections.

Trump lies so easily and consistently that we sometimes forget to take him seriously. So perhaps it is understandable that his statements during his Fox News interview with Chris Wallace on July 19 did not lead to the outcry they deserved.

In the interview, Trump suggested he may not accept the results in November if he lost. “You don’t know until you see,” Trump said. “It depends. I think mail-in voting is going to rig the election. I really do.”

There are ample reasons to worry about the November elections, from voter suppression to warnings of foreign interference. Add in the COVID-19 pandemic and it’s clear we are in uncharted waters.

I find myself increasingly thinking about the events in Chile in 1973, and the belief that Chile’s socialist experiment would be protected by the country’s history of democracy. Pinochet proved us wrong.

When looking at the possible death of democracy in the United States, for me the question is no longer, “Can it happen here?” The question is, “What are we going to do to about it?”