Free SpeechThe First Amendment to the U.S. Constitution guarantees freedoms concerning religion, expression, assembly, and the right to petition. It states: “Congress shall make no law respecting an establishment of religion, or prohibiting the free exercise thereof; or abridging the freedom of speech, or of the press; or the right of the people peaceably to assemble, and to petition the Government for a redress of grievances.” 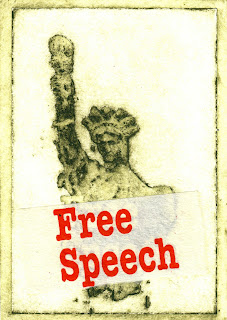 The First Amendment is not absolute, however. The U.S. Supreme Court has ruled that the government may ban fighting words or threats. Punishments may be enhanced for violent crimes prompted by race hate. And private institutions including universities and employers are not subject to the First Amendment, which restricts only government activities.

Hate Speech: Much of what would qualify as hate speech in other Western countries might legally be considered free speech under the First Amendment. The European Court of Human Rights, for instance, has ruled that as a matter of principle it may be necessary in certain democratic societies to sanction or even prevent all forms of expression which spread, incite, promote or justify hatred based on intolerance “provided that any ‘formalities’, ‘conditions’, ‘restrictions’ or ‘penalties’ imposed are proportionate to the legitimate aim purposed.” More than 30 European countries place restrictions on racist speech.

In the United States, speech can be punished as workplace harassment if it is “severe or pervasive” enough to create a “hostile or abusive work environment” based on race, religion, sex, national origin, age, disability, veteran status or in some jurisdictions, sexual orientation, political affiliation, citizenship status, marital status or personal appearance for the plaintiff and or a reasonable person.

In addition, the Civil Rights Act of 1964 and related legislation prohibit discrimination, including in housing, employment and education, on the basis of race, color, national origin, sex [including sexual orientation or gender identity] and religion.

Outright Lies: Statements that present a false or misleading impression, or are made with the intent to deceive. Closely related to “outright lies” are disinformation campaigns, often spread via social media by people unaware that the information is part of a concerted campaign. Research has shown that lies go viral more quickly than true statements.

The American Civil Liberties Union has a range of resources on free speech.

In addition, the ACLU has a fact sheet on the rights of protesters. https://www.aclu.org/know-your-rights/protesters-rights/ 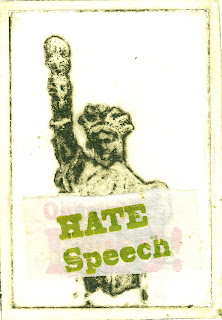 The U.S. Equal Employment Opportunity Commission outlines the right to work free of discrimination and harassment.

The organization Stop Bullying has a range of resources on federal laws prohibiting discriminatory harassment. Schools are also subject to federal civil rights law such as the Civil Rights Act of 1964, Title IX of the Education Amendments of 1972, and various laws protecting the rights of students with disabilities.

The Columbia Journalism Review has a number of articles investigating the growing problem of “disinformation.” 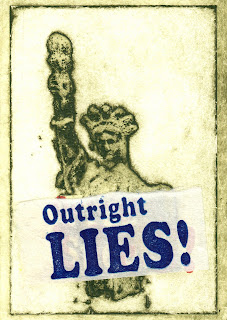 “The First Amendment in the age of disinformation,” New York Times Magazine, Oct. 13, 2020.