A dimly lit, former nightclub at 24th and North is one of several Milwaukee locations that may hold the key to today’s recall election.  The building is at the heart of get-out-the-vote organizing by Wisconsin Jobs Now, a non-partisan group that has been using the former Amistad club since May 21 to coordinate the work of hundreds of volunteers.
Tuesday, the building was a swarm of activity — volunteers canvassing neighborhoods to remind people to vote, drivers with 15-passenger vans taking people to the polls, volunteers answering phone calls and relaying names of those needing rides. There was even a mobile billboard driving around the city to remind people to vote.
If mid-morning reports from several central city polling locations are any indication, the efforts are paying off. Turnout was high, with scores waiting in line to both register and vote. In the enthusiasm of the moment, some even compared turnout to Obama’s election in 2008.
While the Walker campaign has clearly dominated in terms of money for advertising, Barrett's supporters have people power and troops on the ground. Unions, churches and concerned citizens, knowing that the City of Milwaukee vote is essential, have focused their efforts on getting out the vote. Months of organizing have come down to this day.
By 8:30 a.m., organizers at the 24th and North site had the names of more than 700 people wanting rides — “and calls are still coming in,” noted Janet Veum, a spokesperson for Wisconsin Jobs Now.
One of the main tasks was driving people to the polls, a necessary effort in a central city where many residents do not own cars and others are unsure where they should vote. Drivers were trained in necessary legalties, and it was made clear their job was to get people to their polling location regardless of whom they supported in the election. Equally clear, but unspoken, was the fact that most central city voters are Democrats.
Driving with one of the volunteers, I accompanied a voter to her polling place at Milwaukee College Prep near 38th and Center. There was little doubt that get-out-the-vote efforts were making a difference. A line of people stood, documents in hand, waiting to register to vote. An equally long line waited their turn to get their ballot.
By 10 a.m., there were almost 400 people who had voted at that location — well on the way to significantly surpass the roughly 725 people who voted in the primary.
Back at the 24th and North organizing center, meanwhile, by 10:30 a.m. even more volunteers had shown up. And they would be needed. Most people tend to vote in the late afternoon or early evening, after they get off work.
Will the efforts be enough? That was the unanswered question. But one thing was clear. The depth of enthusiasm and commitment from the hundreds of volunteers isn’t likely to dissipate — regardless of who wins. This is a battle for the long haul.
And as much as people are focused on Barrett versus Walker, everyone also knows there are also larger issues at hand. June 5 is a lead-up to November 6. Then, as now, the City of Milwaukee vote will be key. 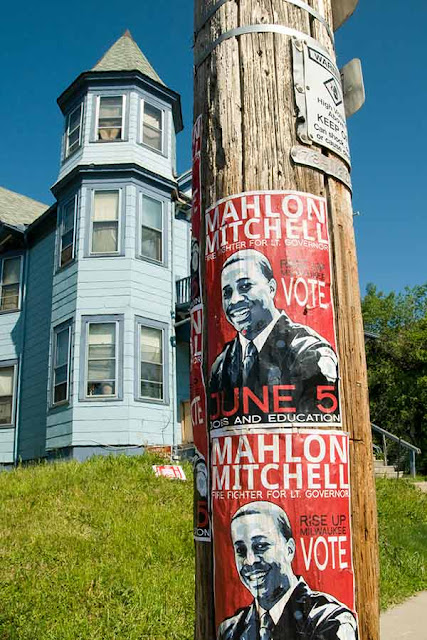 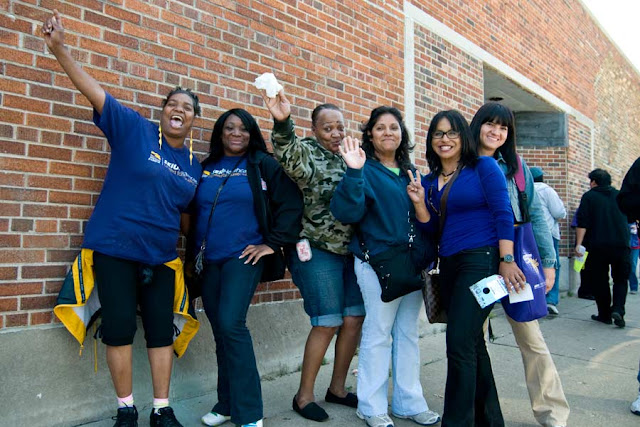 This blog is cross-posted at the Milwaukee Journal Sentinel Purple Wisconsin project.